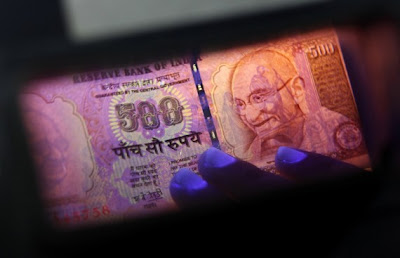 
But three stories over the past week caught my attention. They show three (very) different sides of India’s incredible, but very complicated, growth story.

Here’s the first story that caught my attention:

The International Monetary Fund’s July update to its April 2010 World Economic Outlook projects 9.4 percent growth for India in 2010, slackening to a still-impressive 8.4 percent for 2011. (India’s bearish finance minister, Pranab Mukherjee, has played it cooler, sticking to a projection of 8.5 for 2010). So, it’s now clear that growth is back on track.

What a difference a year makes: As the global crisis unfolded in 2008, many in India argued that the economy was safely “decoupled” from global trends because India didn’t depend heavily on foreign demand for exports—and because its relatively closed financial sector had little exposure to toxic assets. And yet India was hurt by the crisis: Exports collapsed, capital left the country, and corporate India lost access to many sources of overseas financing. The government adopted a fiscal stimulus in December 2008 that included heavy capital and infrastructure spending. Still, Indian growth slowed from 9 percent in 2007-08 to 6.7 in 2008-09.

The government’s top priority, then, has been to return India to a path of rapid and sustained growth of 9 percent. And in that sense, the recent news has cheered many in New Delhi—even Mukherjee.

This means debate will increasingly shift to the challenges to growth, not least inflation, rather than India’s growth rate per se. And no wonder: Inflation isn’t just an economic issue in India; it’s politically explosive because it touches consumer prices, particularly the prices of foodstuffs, oils, and cooking fuels, in a country with a large population of poor voters. And inflation is a growing challenge; inflation figures are now over 10 percent and food inflation is higher still.

Here’s the second story that caught my eye:

Last week, India adopted a new symbol for its currency, the rupee—akin to symbols for the dollar ($), euro (€), pound (£), and yen (¥). This is the work of a country with ambitions to translate its economic success into greater global clout, including by deploying the symbols of global clout. In fact, the value of the rupee has lagged.

The return to rapid growth almost certainly will reinvigorate debates about India’s global aspirations. India has become more of a player in global markets. Indian companies have listed in London, for instance. And there are some stable sources of capital flows, whatever is happening in the global economy, including remittances from workers overseas and capital inflows from non-resident Indians abroad. And then there was the curious case of India’s gold buy from the IMF in 2009. It boosted gold prices by as much as 2.2 percent but, ultimately, just didn’t signal very much because other Asian central banks did not follow suit.

The fact is, India can get quite a lot of growth simply by removing bottlenecks in its economy; it can still grow without undertaking the kind of deep reforms that many have hoped for. That compounds the political disincentives that have held back many reforms. And there are challenges aplenty alongside inflation, including India’s large fiscal deficit, which the government now seeks to address through share sales in state-owned enterprises, telecom spectrum auctions, and other revenue raisers.

In short, these two stories—rapid growth, and global aspirations—say a lot about today’s India.

But so, too, does a third story that caught my eye. It touches the other India:

A new “multidimensional poverty index,” developed at Oxford and soon-to-be-used by the UN’s Human Development Report, put 410 million Indians in poverty. This means there are more poor people in eight Indian states than in all of sub-Saharan Africa—26 countries combined. As one news story in the Guardian put it, the index “reinforce[s] claims that distribution of the wealth generated by India’s rapid economic growth … is deeply unequal.”

This will surely reinforce the Indian government in its emphasis on “inclusive” growth. But stressing the distributive aspects of growth also meshes with an important electoral calculation: Indian voters have punished both major political parties for enacting reforms that were viewed by some as benefiting elites disproportionately.

Returned to power in 2004, after eight years in the wilderness, the Indian National Congress expanded welfare programs, especially in rural India, alongside its efforts to increase growth. And many credited the government’s debt waivers for farmers during its first term in office—and especially a national rural employment guarantee—as the principal reasons for its larger-than-expected margin of victory in 2009. The government’s first postelection budget extended the rural debt waiver, boosted spending on the rural employment guarantee by 144 percent, and hiked India’s rural infrastructure program by 45 percent.

So, here are a few questions raised by these three (very) different aspects of India’s economic story: Will India’s choices facilitate an economically open, globally integrated India? Will they shrink its wealth divide, expand its middle class, and strengthen its physical infrastructure? And at the end of the day, can India’s economy provide a foundation for strategic clout?

More than a decade of rapid growth has made India a major world economy, on track, according to Goldman Sachs and others, to be a top-five global economy by 2030. But it is really the next round of economic choices that will involve the most consequential factors shaping India’s rise.

You’ll obtain pretend cash that you should use|you must use} to test the games, however your prizes will also be pretend. Although there are several of} very popular land-based casinos in South Korea, the federal government of this country made it pretty clear that on-line playing isn't legal in any form. In addition, we additionally present expats access to free articles the place they will get useful recommendation after they journey to the mentioned Asian nations. The website additionally comes with links to dependable on-line casinos that grants exclusive bonuses and promotions. Identical to another on-line casino, players 점보카지노 need to offer documentation and make a deposit to be able to} declare a bonus provide and begin playing.